The media is full of women archetypes and stereotypes. While some women esteem to reflect a certain image, others avoid the same image all together. Either way, we have been filled with messages about what “success” and “failure” look like as a woman at any age and in any role depending on our values and beliefs. Teenagers, twenty-somethings, wives and moms at all life stages may have very different life priorities and values but most share the constant barrage of expectations placed on us by either society or ourselves.

I can personally attest to the expectations and pitfalls I have encountered along my own journey in womanhood. The constant lie that “I’m not enough” or maybe even “just a little too much” have paced through my mind one too many times.

Today, I choose to believe I AM ENOUGH…not in the world’s eyes…never have been, never will be…but in God’s eyes. I am, after all, the woman He created me to be. Aways a work in progress, no doubt, but unlike all of the archetypes and stereotypes this world tries to fashion for women to fit into, I am uniquely crafted, uniquely broken, and uniquely restored. We all are.

This is the birthday insight I have gained today.

I was blessed with the gift of time alone with my Creator this morning to celebrate 31 years of life. What started off as a normal morning of routine to-dos and daily goals turned into a spontaneous trip to the Ocean Beach Pier Cafe where I was greeted by a quaint dining room slightly swaying with the ocean’s rhythm.

As I ordered my two scrambled eggs sprinkled with cheese (delivered on a piece of wax paper, mind you) I sensed an indescribable novelty as I sat in “my pocket of peace” embraced by the rolling swells of ocean surrounding me. In the distance, I watched as the waves traveled from directly under the pier I was sitting on toward Sunset Cliffs where they crashed with sudden resolve before returning back to the ocean.

When the early morning clouds began to break, I moved to an outdoor table to take in the view with more clarity (compared to looking through the cafe window glazed with a fresh layer of ocean mist). I sat in awe as I watched wave after wave respect the Creator’s boundary once it hit the shoreline. God used this scene to remind me of His omnipotence and my reliance on Him.

He not only cares enough to hold the ocean back but also cares enough to “sit” with us and spur us forward in his abundant love and grace. This is the ENOUGH I choose to live in, embracing His limitless love instead of grasping for the world’s limited attempts to define us.

Proverbs 31, describes a woman who is clothed with strength and dignity and speaks with wisdom. I suppose if there is any woman I want to emulate in my 31st year, it is her. Otherwise, I choose to let go of the other archetypes and stereotypes that try to define what “enough” looks like, because these versions of “enough” all have limits while God’s “enough” is limitless and tapping into the limitless is a creative habit worth pursuing! 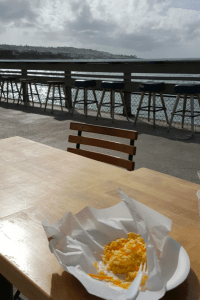 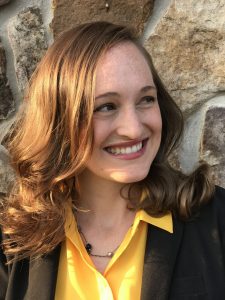